Well finally the DCMS have responded!  Up and down the country community radio station managers are celebrating the decision with magnums of Pol Roger champagne, while small commercial stations contemplate the rapid demise of their business…

We jest of course, but you’d be forgiven for believing us if you had read RadioCentre’s comments on Radio Today!

In reality it’s all a bit of a damp squib as we predicted in our post on Monday.   By DCMS’s own admission (in their Impact Assessment) it is actually a “Modest Change”.  You can see for yourself in their document and on other radio news websites.   Community radio currently has a 0.7% share of radio advertising in the UK (source Ofcom Communications Market report 2014). If all CR stations take 100% advantage of the new £15k advertising ability it will increase to around 1.4% – hardly earth shattering.   In reality though many community stations will use the new “disregard figure” to reduce the considerable time and effort they currently spend raising funds through non-radio means.

And it is also likely that community radio’s share of the radio advertising market is actually increasing the market size.  After all, how many big advertisers have you heard on your local community radio station?  The reality is that these small radio stations with 25watt transmitters run by part-time volunteers attract a different tier of advertisers who cannot afford to advertise on commercial stations.

So in effect today’s announcement from the DCMS is preserving the status quo and nudging it slightly in favour of the community stations.  In the Government’s mind there seems to be a clear divide between community radio and commercial radio, so they have sought to preserve the regulations that ensure no blurring of the lines.

There are a couple of interesting points buried on page 12 of the DCMS impact analysis:-

We wonder what the radio landscape could have looked like if the DCMS had recommended Option 4 in their Impact Assessment (and learned how to spell!) “4. Full deregulation – Not considered as it would turn community radio into commercial radio undermining wider policy goals. Option 2 is the prefered option.”   A renaissance in local commercial radio could be just the tonic that Radio in the UK needs!

Feel free to comment – you can login with various accounts, or just using your name if you wish! 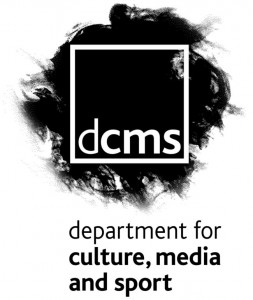 Getting on for a year after it was published the DCMS Community Radio consultation response is finally about to be available.   On the cusp of its publication we thought we’d stick our necks out and review what’s at stake.  We reserve the right to update this post in the coming days!

Just in case you cannot remember, it asked for opinions on four key questions:

Associated Broadcast Consultants responded to the consultation last year.   Our response probably won’t win us many friends in the Commercial radio sector, but we like to believe it was considered and balanced:-

It remains to be seen what the actual response will say in the coming days.  Our guess is that the incumbent broadcasters will win some concessions, but also they will throw a few changes in to try and keep the community radio broadcasters quiet, whilst also alluding to the potential of “Low Cost DAB”.