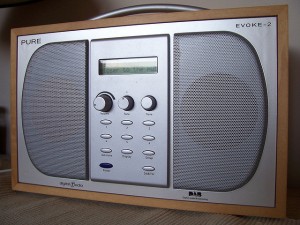 The purpose of this article is to give a reasonable audio quality comparison of uncompressed PCM audio, DAB, DAB+, FM and AM. The broadcast formats were simulated in the manner described in the following methodology – whilst not quite as good as using full transmission modulation and demodulation chains, it is hoped that these simulations are “good enough” for comparison purposes.

First of all a sample of music was ripped from CD using dB PowerAmp software and saved as 16bit PCM Wav file – ie uncompressed audio. Then copies of this file were processed as following to simulate the various transmission formats:

Associated Broadcast Consultants opinion is that 80kbps Stereo is inadequate quality, but becomes bearable at 80kbps Mono, albeit with total loss of stereo image. 128kbps MP2 seems to give a good approximation of FM quality both audibly and on the spectral charts. The AAC+ codec (used in DAB+) is remarkably good at lower bit rates – still acceptable at 32kbps, but becoming a bit “YouTubey” at 16kbps and horrible at 12kbps.  However we feel it still has “something missing” at 56kbps which is the highest bitrate possible for that codec (above that it becomes normal AAC).  Unsurprisingly AM sounds the worst, but this is probably exagerrated by the lack of proper AM audio processing which would make a professional AM broadcast sound much better.

The audio samples have been combined into one 6 minute comparison file. Ideally you should listen to the WAV file (123MB), but if you are in a rush and/or have poor broadband, the 320kbps MP3 file still clearly shows the difference in audio quality:-

To supplement listening tests, we also did screen captures of the audio spectrum of each file. This clearly shows the band limiting of the FM file. It also shows a surprisingly heavy band-limiting in the MP2 80kbps Stereo file (almost to AM quality). In contrast the 80kpbs mono MP2 file has much better audio spectrum, and this is clearly audible on the test file. The 12kbps AAC+ picture is interesting.  It appears to show aliasing – that is audio components between 0-4kHz are repeated from 4-8kHz and 8-12kHz.  This could be why it sounds so bad! It could be avoided by bandlimiting the audio to 4Khz before encoding.  We are not sure if this is a problem with the codec used, or a limitation of the AAC HE v2 codec specification. 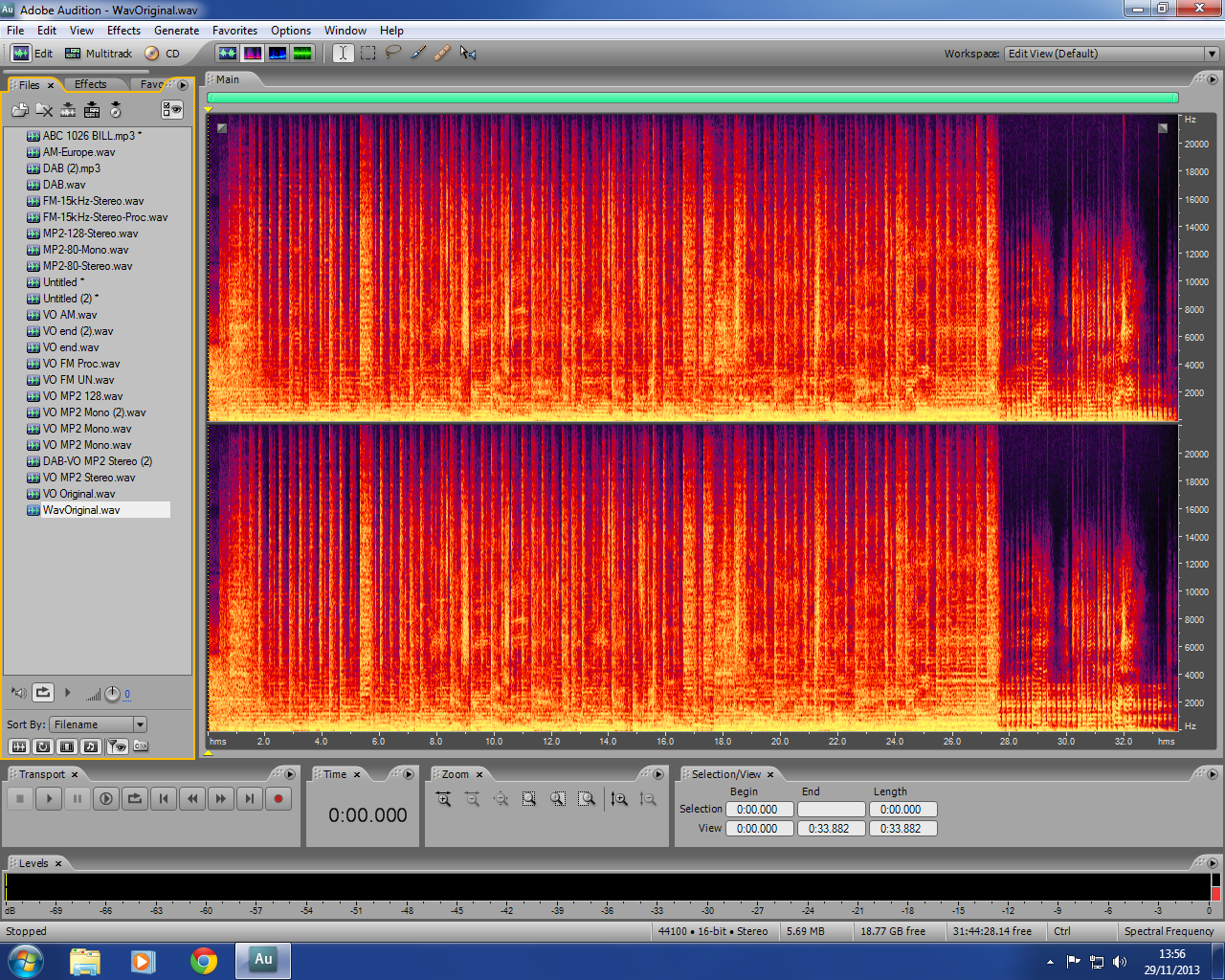 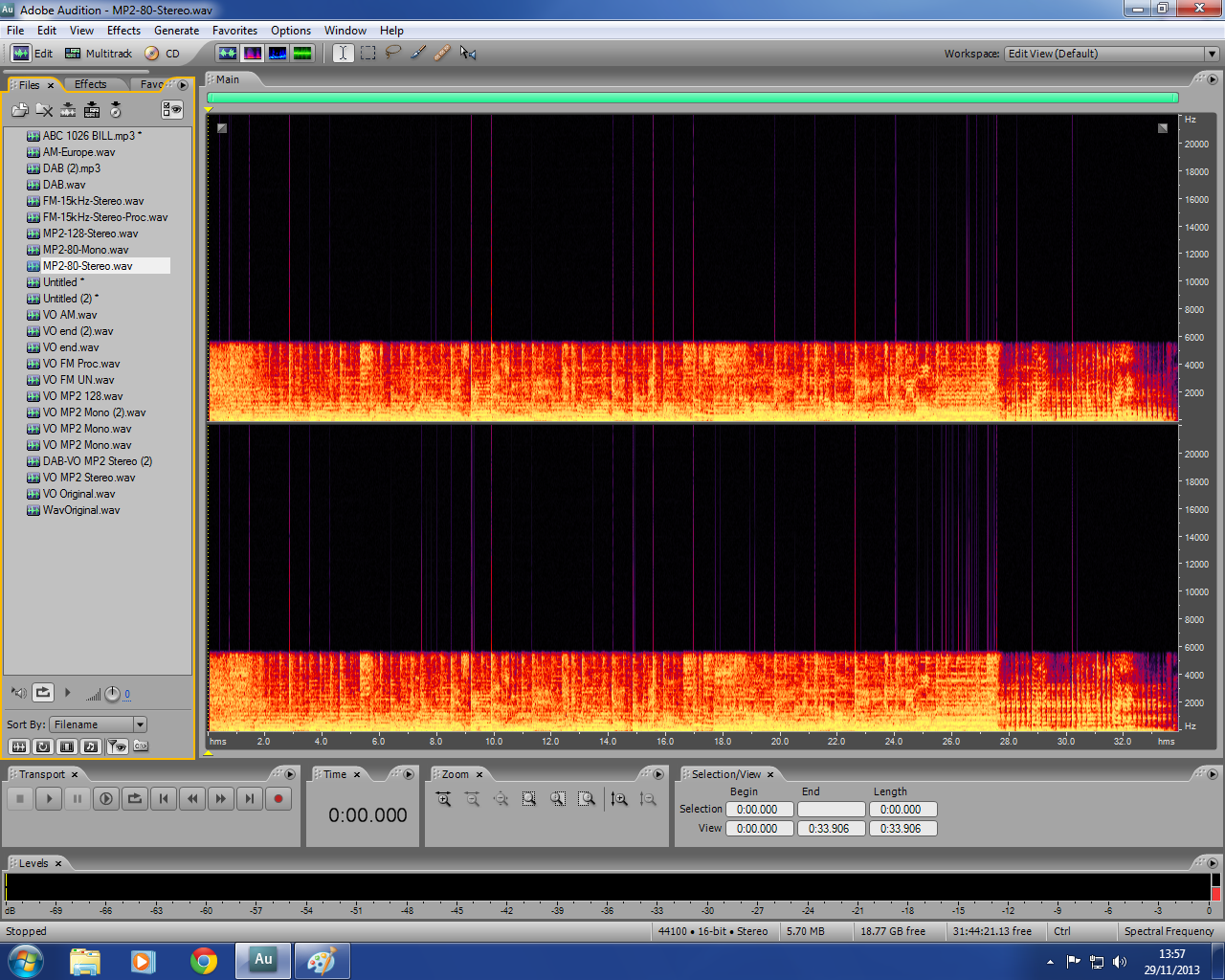 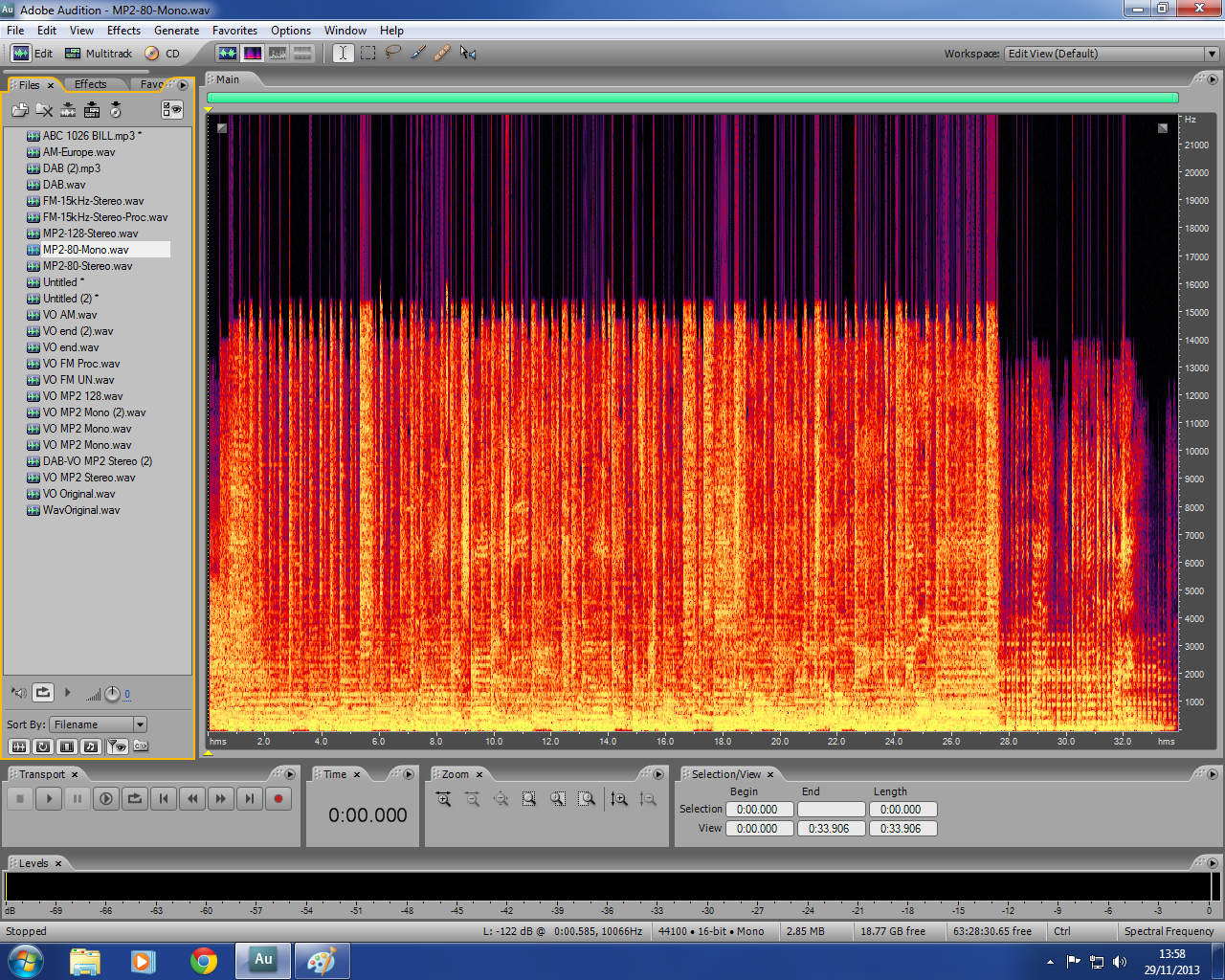 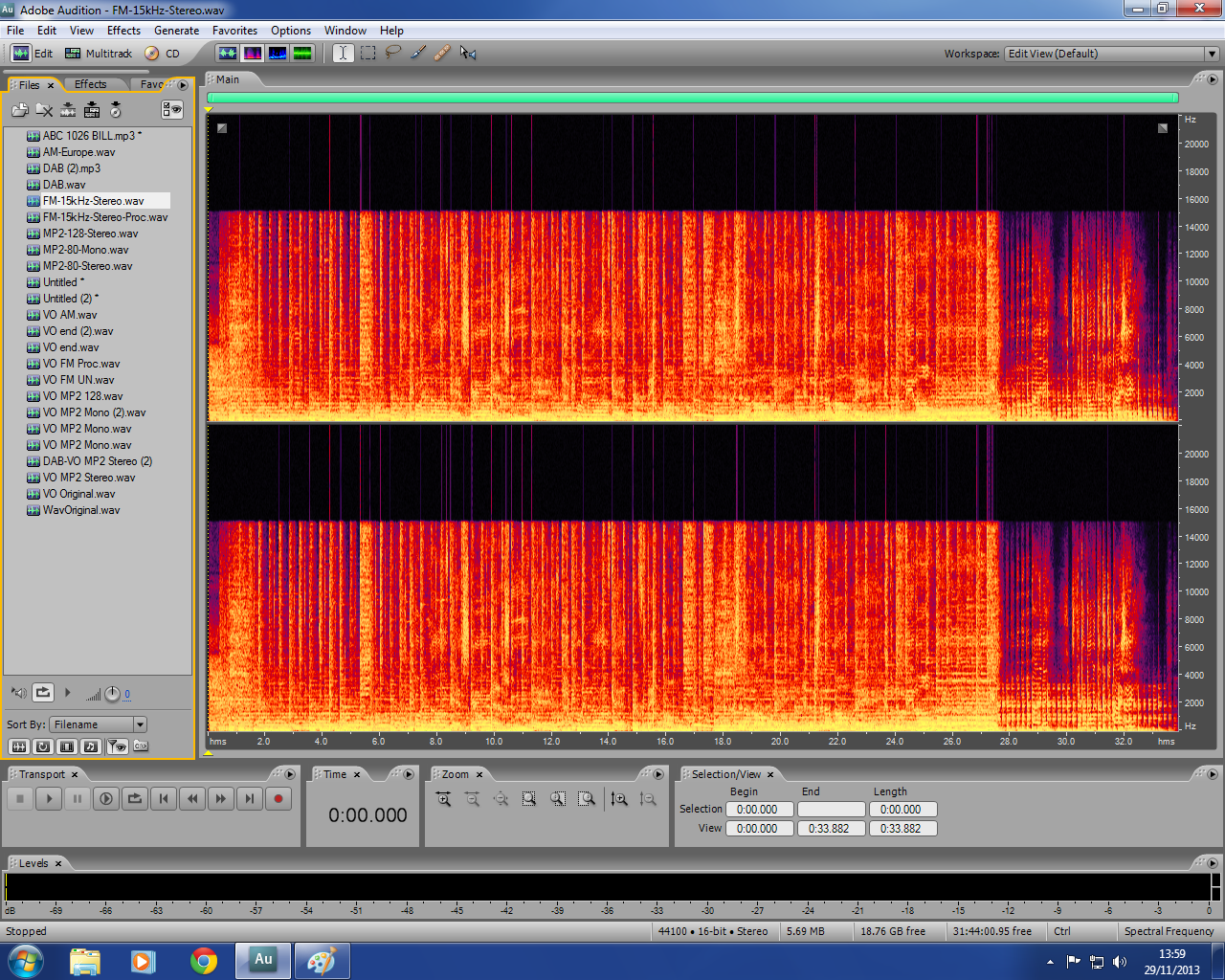 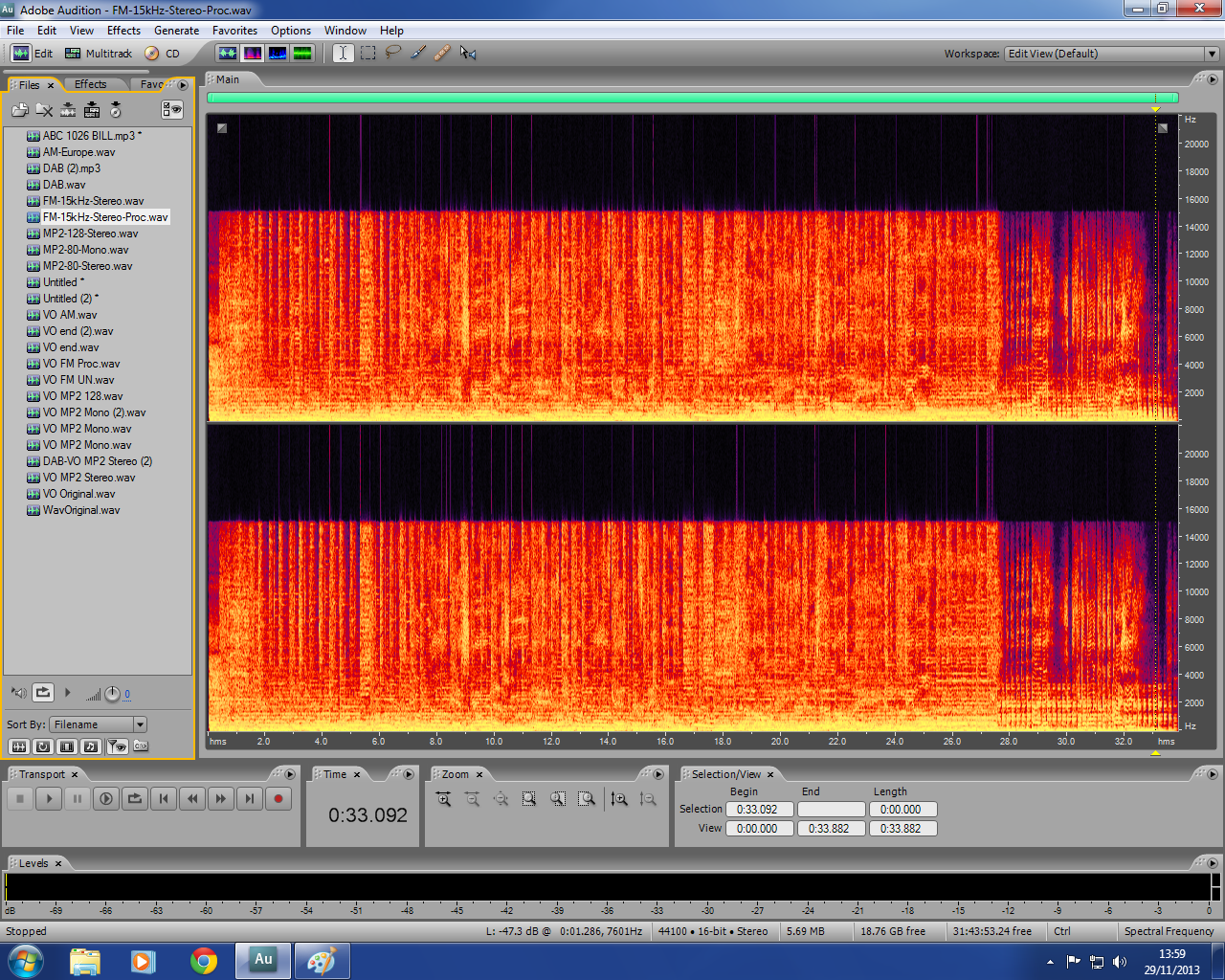 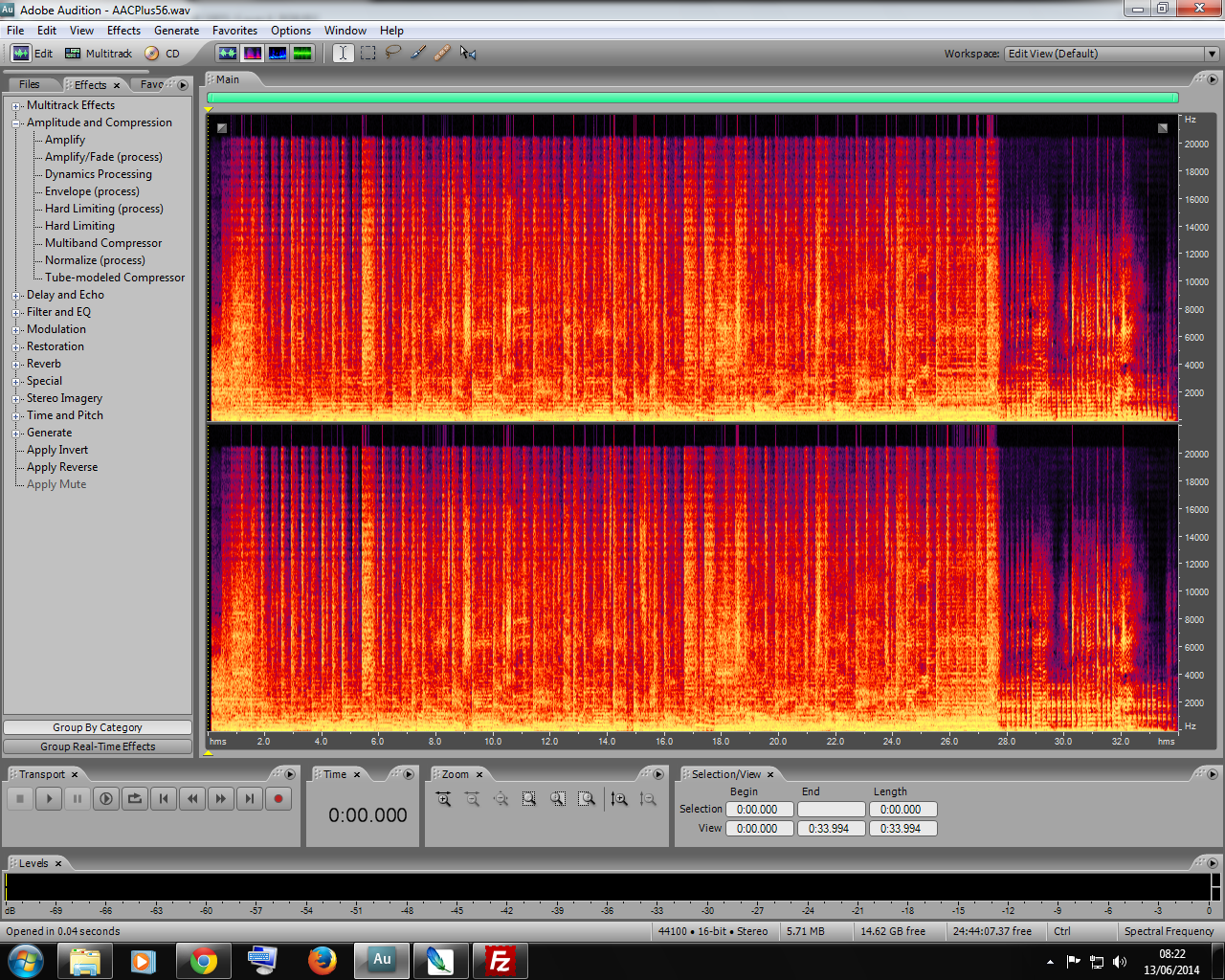 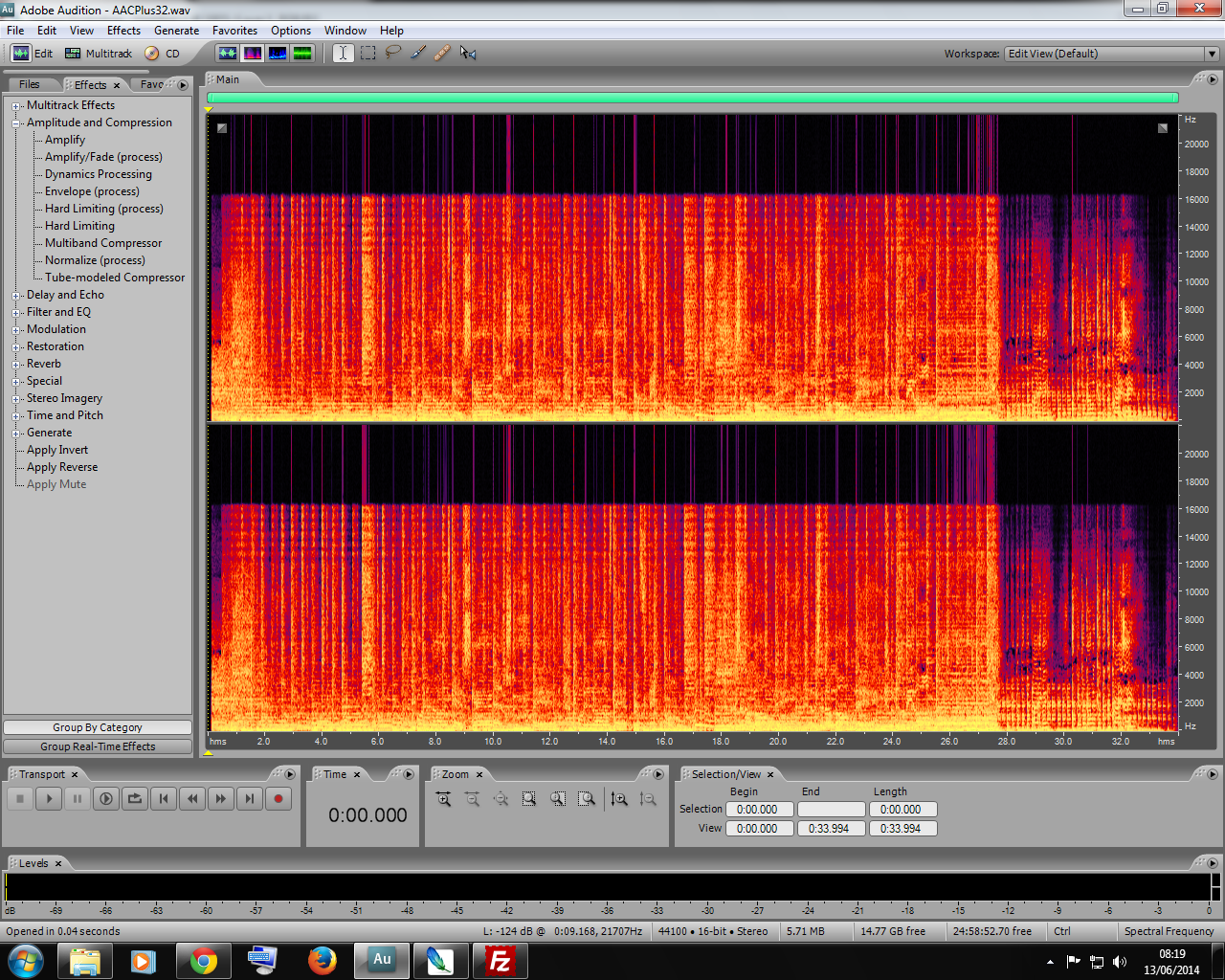 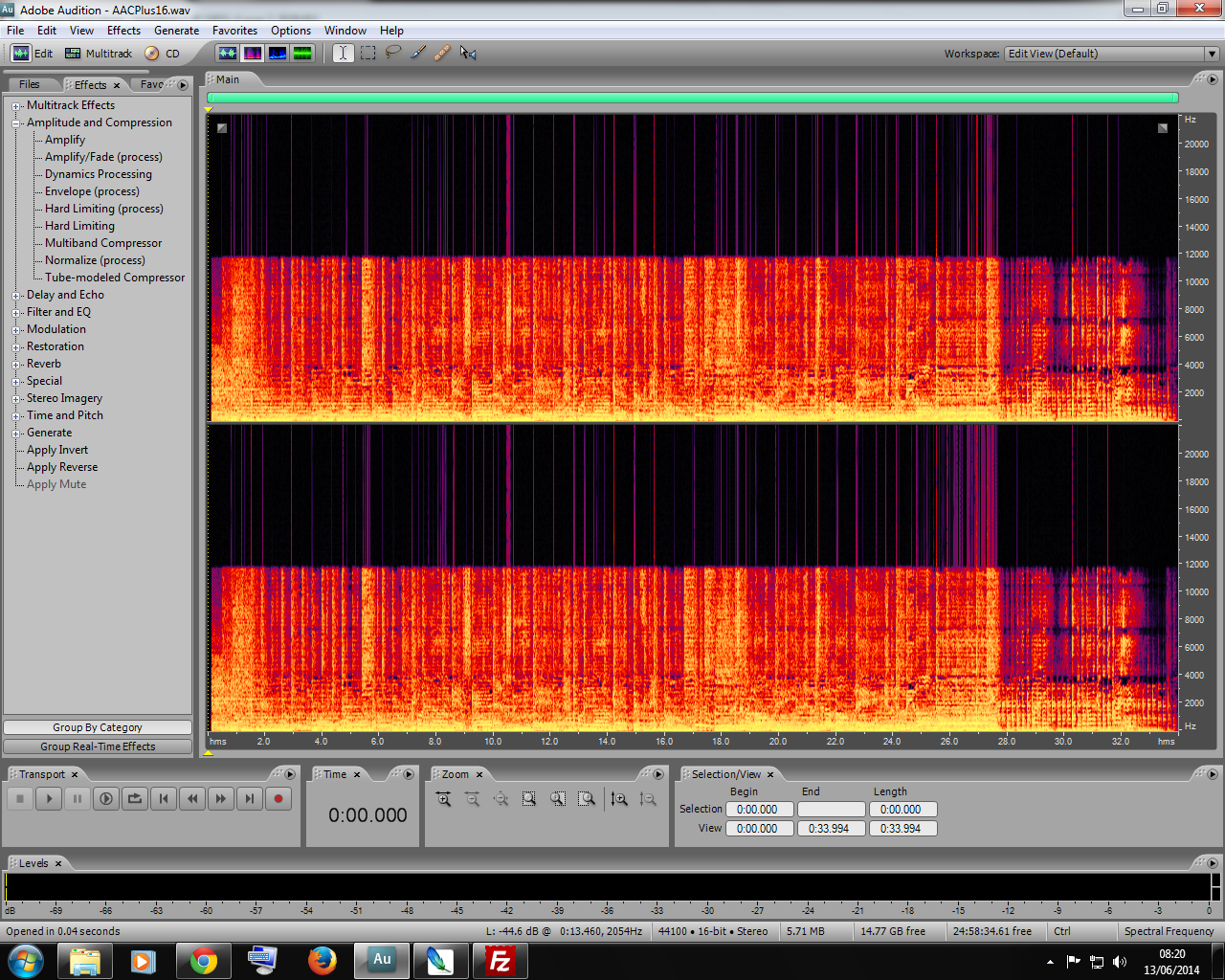 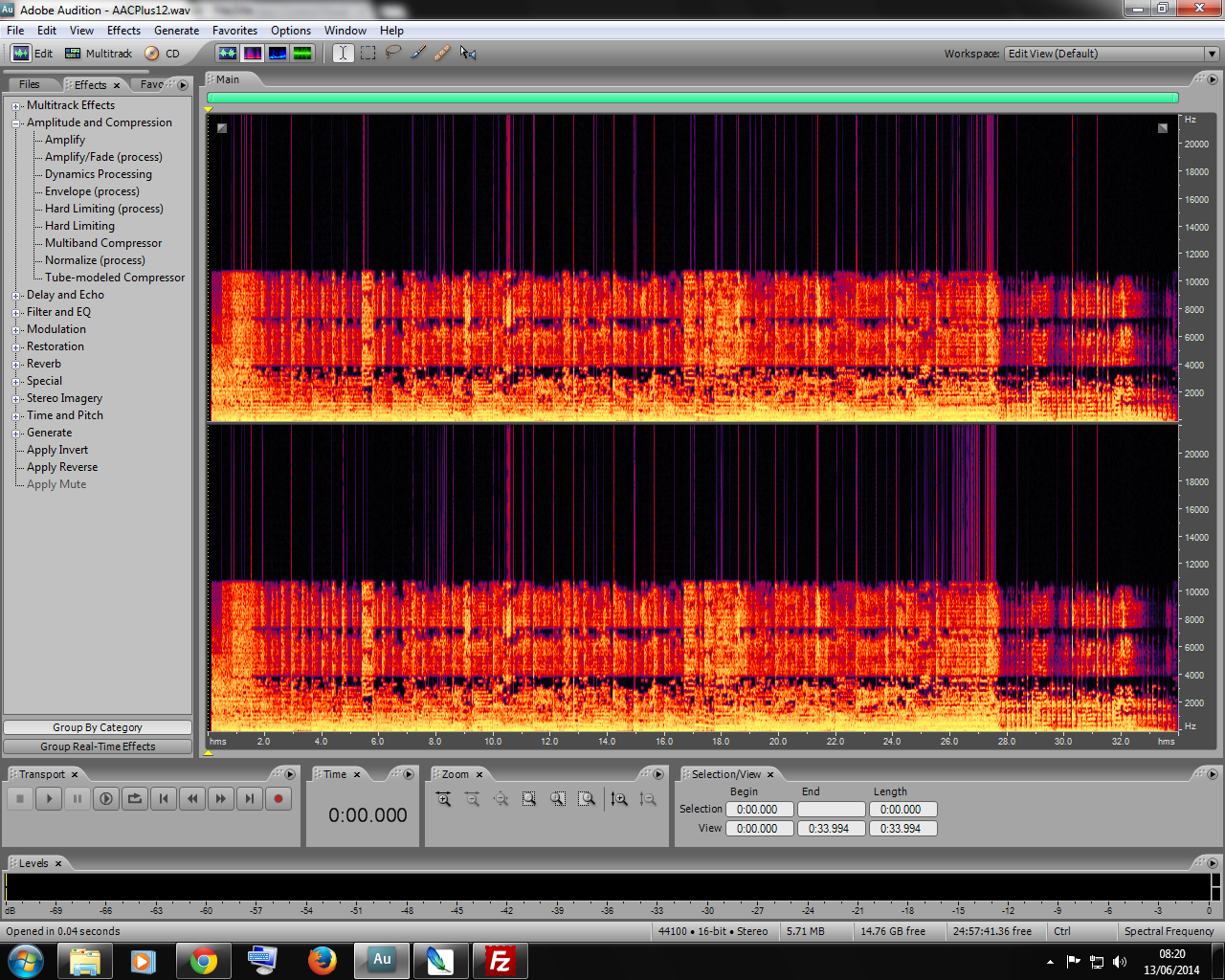 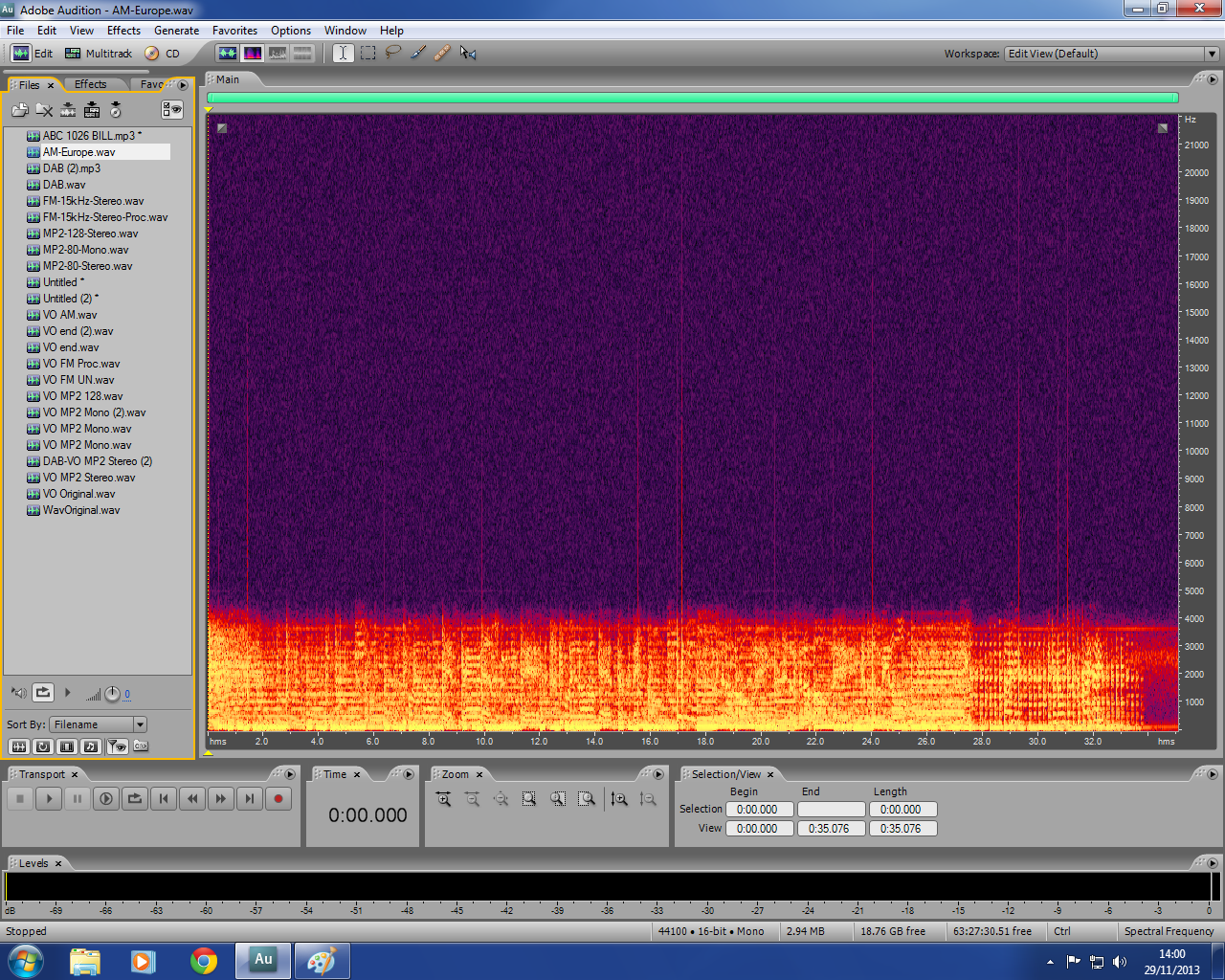